Round up your friends and family, split up into teams and prepare for a quick fire quiz game that’s straight outta the Wild, Wild West.

In this party game, players take on one of 120 questions cards, read out by the moustachioed quiz-master, Mr Lister. For example: “List the six different colours of questions in the game of Trivial Pursuit.” Teams take turns to shout out answers – if it’s on the list, it’s a hit. If not, it’s a miss. The team with the most hits, wins the card and takes one step closer to winning the game.

Perfect for fans of party games and card games like Sussed or Top Trivia, Mr Lister’s Quiz Shootout is suitable for the whole family, with questions ranging from American presidents to Winnie the Pooh.

How do you play?

1. Choose a player to be Mr Lister for the round and hand them the rubber moustache. They’re going to be the quiz-master for the game and will be asking all the questions (so make sure you don’t run out of answers).

2. Split up into two teams and have Mr Lister read out a question card. For example: “List the 10 most popular flavours of Walker’s classic crisps”.

4. Keep going until both teams have had three shots. The team with the most points win the card.

5. If it’s a tie, Mr Lister reads out the impossible question on the card. In this case, “How many bags of crisps do Walkers make every day?”

6. Each team writes down an answer. Mr Lister counts down from three, then both teams reveal their answer. The team that came closest, wins the card.

7. Now read out a new Question Card and get ready to go again! The first team to win five cards are the winners. 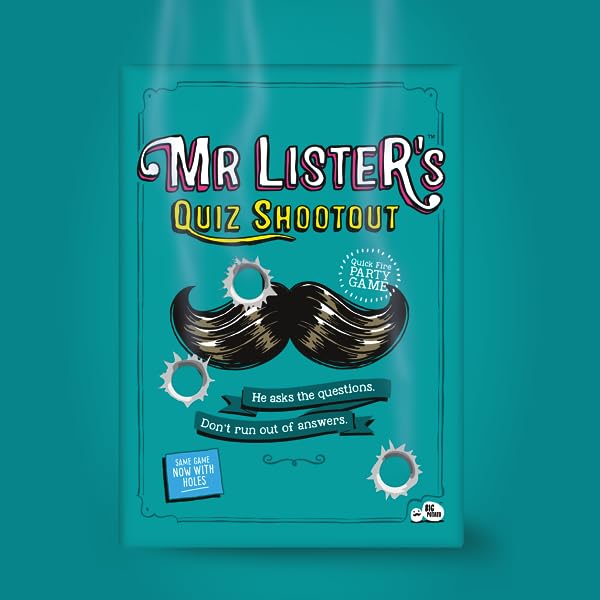 Split into teams and start staring each other down — it’s time for an old-style Western shootout (except with brains for guns). Choose a player to play the role of Mr Lister, hand them the rubber moustache and get ready to play. For every question he asks, they’ll be a ton of correct answers. Get them right and you’ll earn drinks from Mr Lister’s legendary bar. Get them wrong and you’ll have to fight your way out of the Last Chance Saloon. 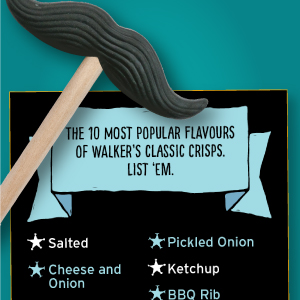 Hand the moustache to Mr Lister and have him read out the Question Card for the round. Each of these questions will have a ton of questions to choose from. 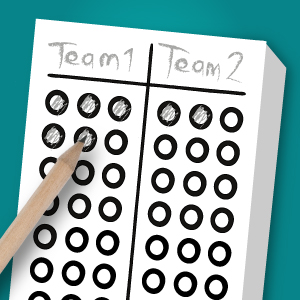 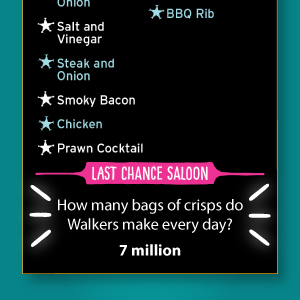 If the teams score an equal number of hits, they send one player each to the Last Chance Saloon where they play the impossible question. Whoever gets closest wins the card! 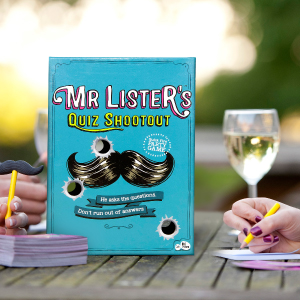 The Family Party Game You Can Take Anywhere

Mr Lister is the perfectly portable party game you can take anywhere. It even comes with a moustache!

Describe your products in 3 words.

How did you come up with the idea for this product?

After we invented our first game Linkee, we realised that a lot of games on the High Street were looking a bit old and tired. So we created Big Potato Games. It’s mission: to create, craft and curate unusual new games for the good folk of Britain and beyond to enjoy.

What makes your product special?

We make games that we’d happily shell out money for ourselves. We spend ages making them look good and giving them a distinctive tone of voice. Our games also have to stick to our strict rule of three — easy to learn, quick to play and seriously moreish.

What has been the best part of your experience?

It’s great being your own boss. If we believe in a game we just crack on and do it. It’s amazing hearing from people and how much they enjoy our games. It’s also really rewarding building a brand and knowing that the better we do, the more new potatoes we can hire and the economy gets a little helping hand along the way.

GET A LOAD OF THAT TRAVEL SIZED GOODNESS: Fits perfectly in the Ol’ saddlebag so it can ride with you on all your adventures!
THE ROOTINEST TOOTINEST QUIZ SHOOTOUT IN THE WEST! There’s 120 different Trivia Cards in the game, each with a list of possible answers.
CRAZY QUESTIONS, GOLDEN ANSWERS! If it’s a tie, teams head to the Last Chance Saloon to face the impossible question.
EASY TO LEARN, QUICK TO PLAY! A great party game for all the family. Can be played by 3 – 20 players.